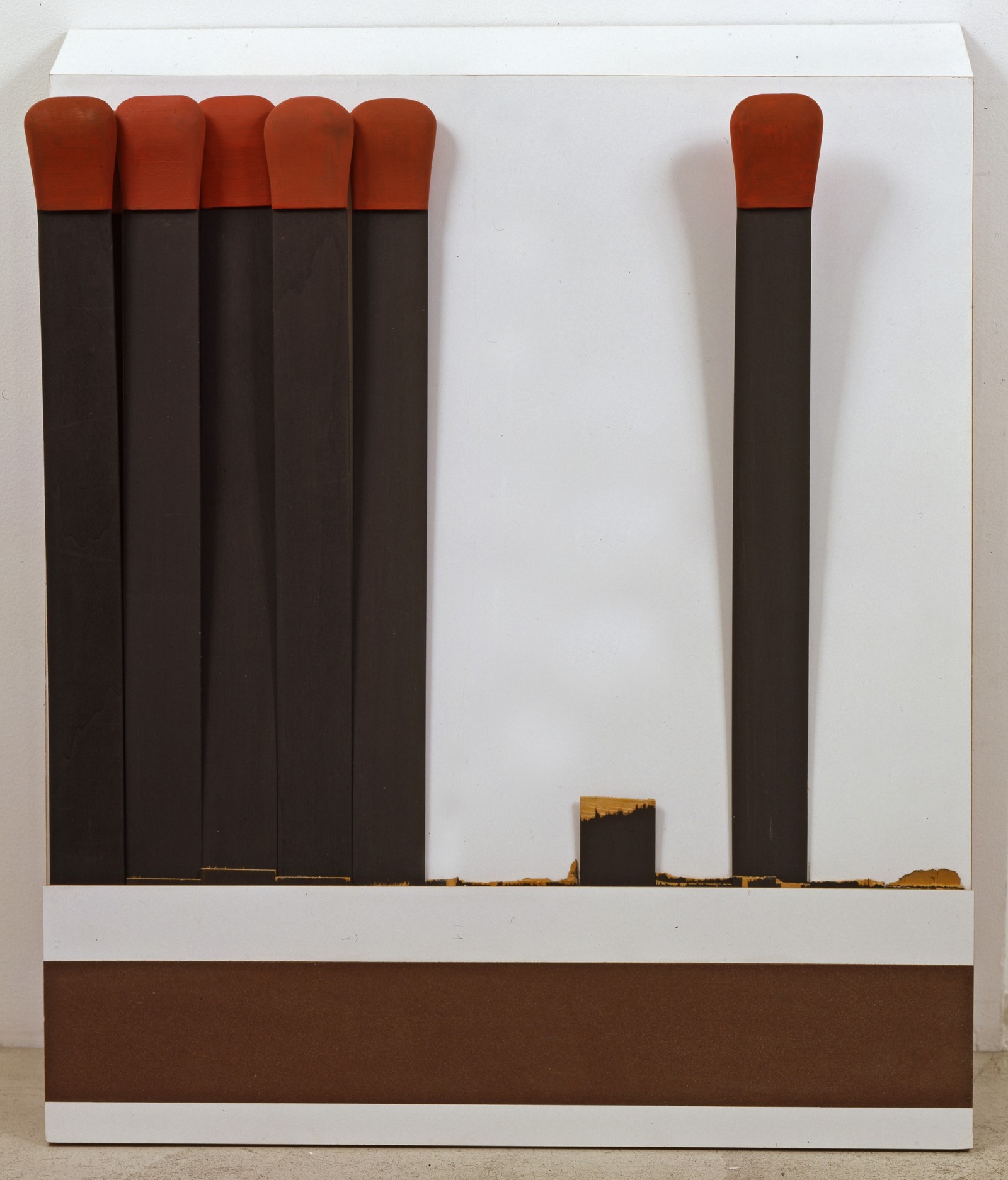 In 1964, at the occasion of an exhibition at Iris Clert’s, Raymond Hains presents his first matchbooks.

They are a way of cocking a snook at the conceptual art, very in vogue then. The works are presented as the creations of two fictious artists:
- Saffa, an Italian solely dedicated to reproducing at a monumental scale matchbooks from Italian tobacco company, Saffa.
- Seita, his partner, who only reproduces French matches produced by French company Seita.

These works are not signed Hains, but Saffa / Seita © Raymond Hains.

In 1971, at the occasion of an personal exhibition at the galleria dell' Elefante, Hains achieves the second series of these works, which keep a very Pop aspect, aesthetically speaking (one could think of Oldenburg or Warhol).

Related
2021-03-15
“Collective Transport”: the choice to focus on sharing
Read the article
Others artworks you may be interested in
2007
Ship of hools
Discover
1996
Sculpture B
Discover
2015
Pickpocket
Discover
1994
Totem of Signs
Discover
2020
Je te fais marché, (de l’art contemporain)
Discover