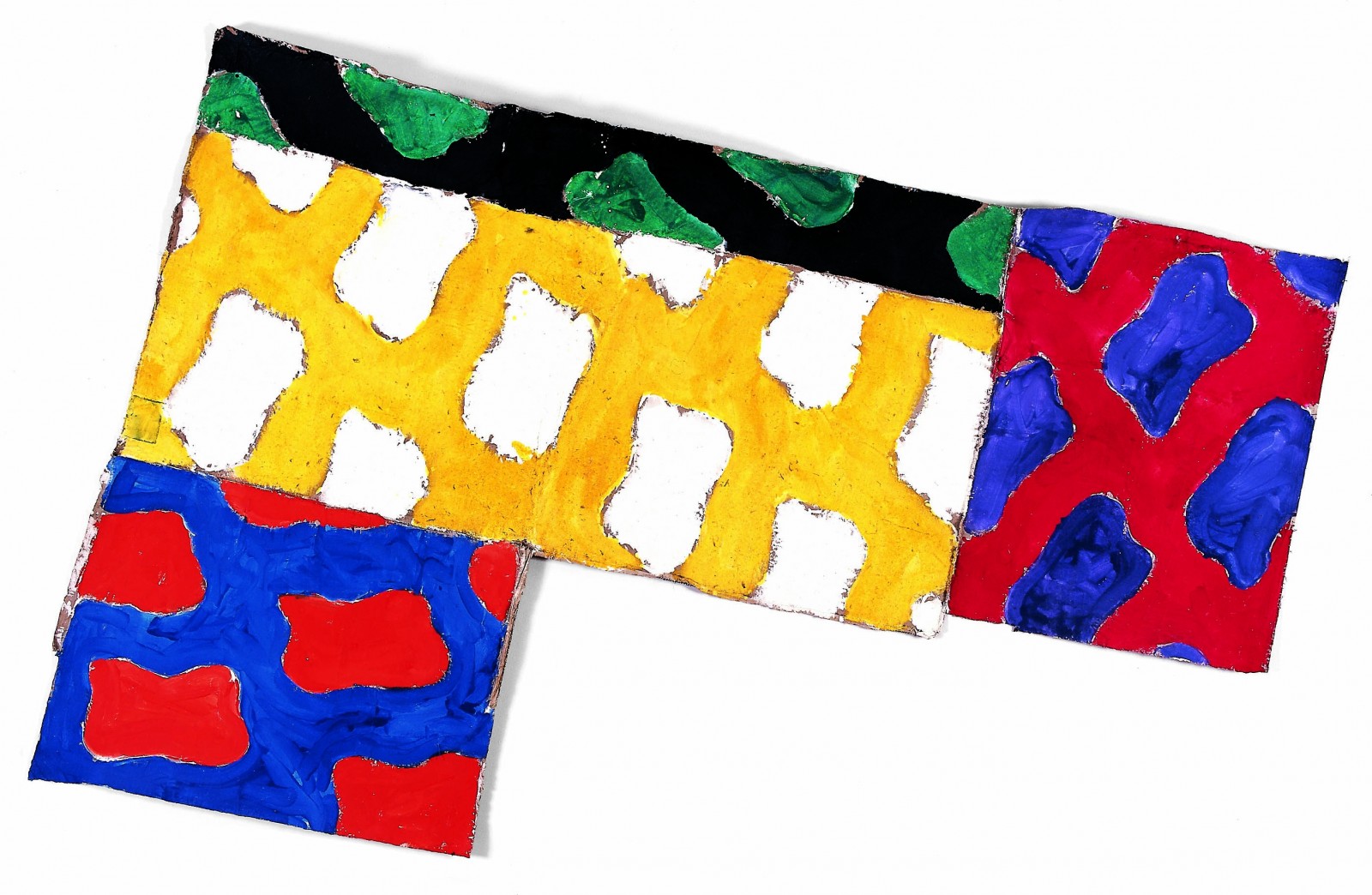 In 1966, Viallat began using a technique of prints: a identical form repeated on a free canvas, which determines the composition of the work.
He remained faithful to his founding principle, but constantly varied the material and techniques: colours, solarisation of the canvas, burying it in the ground, use of cloth canvas, tarpaulin, tent fabric, parasols. In 1970 he used the radical technique of exposing painted net and rope.
His work is marked by polychromes and prints, which became his signature characteristic.