Versailles, a thing of the past? Since 2008, this institution of French heritage challenges clichés by welcoming in its walls big names of contemporary creation: Takashi Murakami, Bernar Venet, Anish Kapoor... For this year’s edition, the focus is on photography, and not just one but five artists took hold of the Trianon. Dove Allouche, Nan Goldin, Martin Parr, as well as Eric Poitevin and Viviane Sassen, two artists of which the Collection owns an artwork, laid their eyes and lenses on these places laden with history. Entitled “Visible/Invisible”, the exhibition aims to open the eyes of the viewers...

This time, it isn’t just about hosting contemporary works: the pictures exhibited have been commissioned for the occasion, and they all offer a certain outlook on Versailles. These five gazes over the exhibition rooms offer five ways of multiplying the experience of the visitor, and five confrontations between past and present, details and the bigger picture, and anecdote and History.  Nan Goldin, for instance, turns the ground floor of the Petit Trianon into crossroads: the subterranean world of the underground pipes that feed the fountains meets the mythical femininity of the gardens’ statues. Over a soundtrack realized by Soundwalk Collective made of extracts of Olympe de Gouges’ Declaration of the Rights of Women and the Female Citizen, it echoes the Women's March on Versailles in 1789... 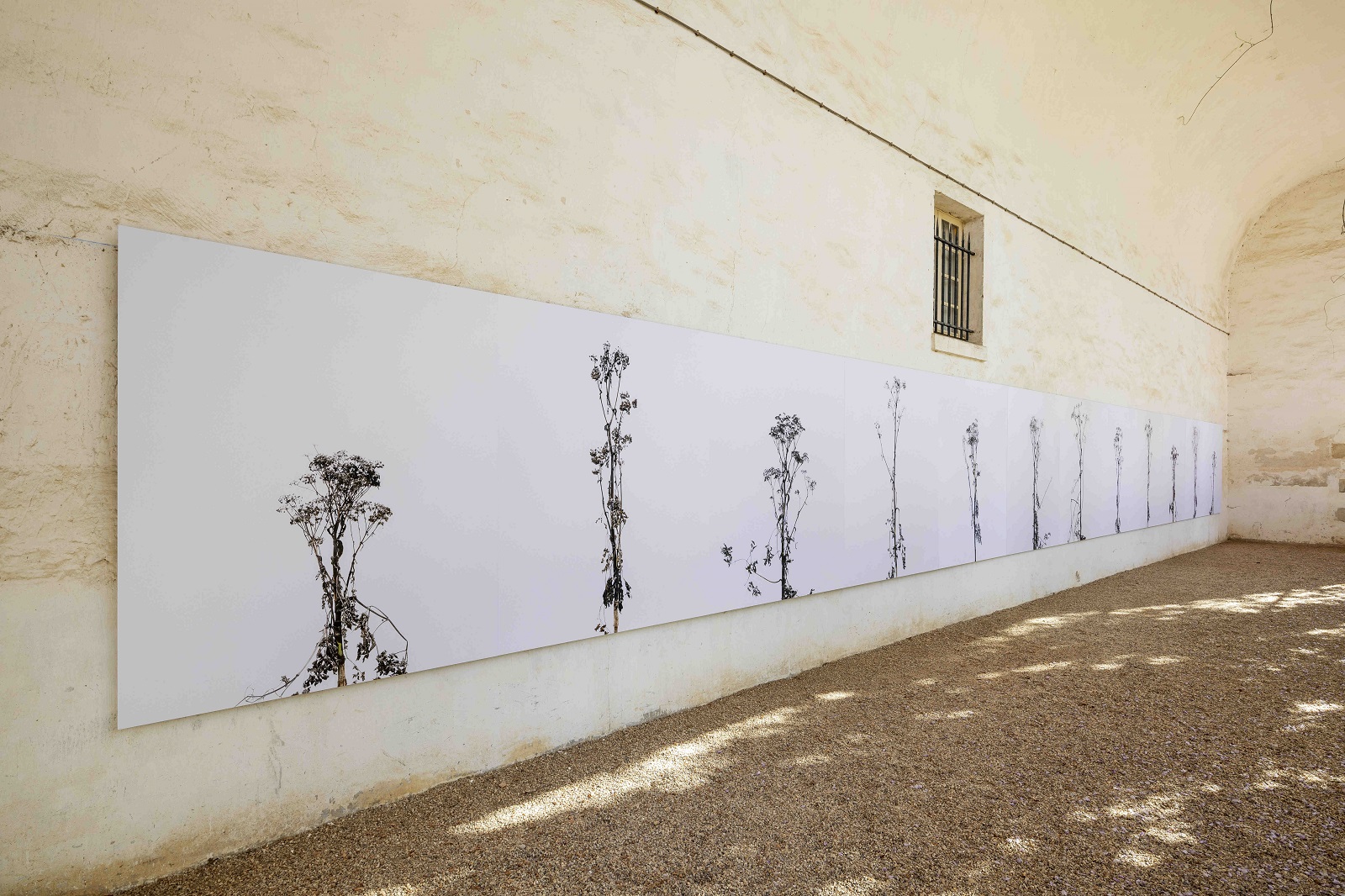 Conversely, Dove Allouche chose a perspective based on abstraction, minerals, and the imperceptible. Interested in the materials used to build Versailles, he opted for the most humble plaster, and the rock it’s extracted from, gypsum. Meticulously made with technical prowess, his Evaporites are details of rocks whose sumptuousness echoes the one of the Cotelle Gallery in which they’re presented. As for Eric Poitevin, who shares Allouche’s interest in nature, stylistic devices, and abstraction, he focused on the most sophisticated and the most humble. With a knack for paradox, in the sun, a symbol of the power of Louis XIV, he underlines the soft blurriness of winter days, and in angelica, a delicate plant displayed in a series in the Orangerie, its architectural structure. 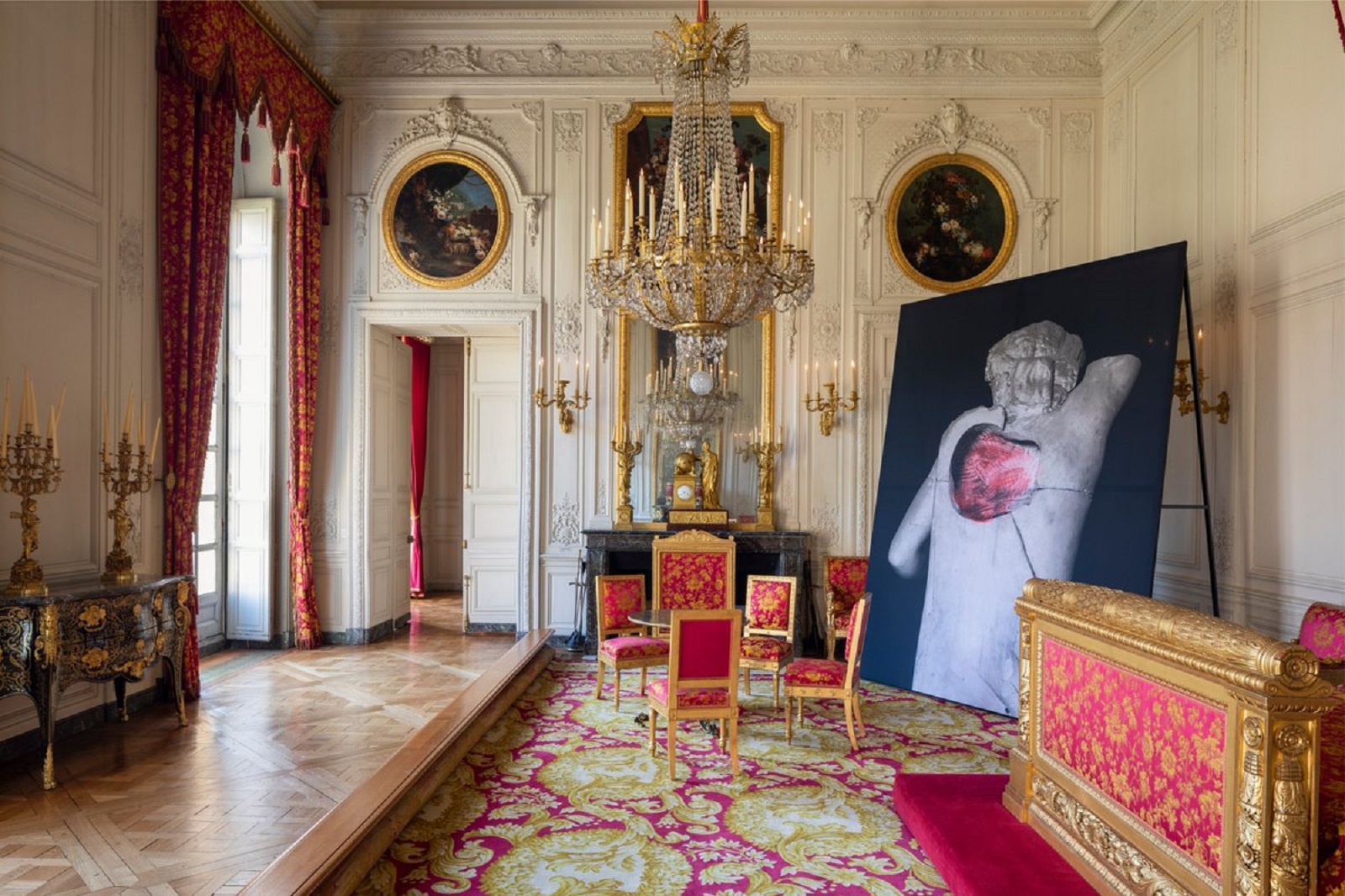 Viviane Sassen presents details as well – extracts of a letter, the back of a statue –, caught in the Palace, enlarged and retouched. But she also photographed among the gold and riches of Versailles young women she met there: in her pictures, figures and interiors, generations and eras meet and mix. This relation between a place and its visitors is at the core of Martin Parr’s work, and his look on the visitors of Versailles is both mischievous and tender. By choosing to show their kind to the viewers, he hands them a mirror: the poses, compulsory figures, and collective choreographies of mass tourism. Echoes of the whimsical mise-en-scènes of court life during the Grand Siècle? Through centuries, exposing what can and what can’t be seen, the outlooks of the five photographers paint an inhabited and most definitely alive Versailles.